If you are moving out of the UK for a few years or more, should you take your pension with you?

If you are moving out of the UK for a few years or more, should you take your pension with you? This is the question faced by many expats, and it is not always a straightforward decision.

If you do want to move a private pension abroad, you need to transfer your UK holdings to a foreign fund which is recognised by HM Revenue & Customs (HMRC) as a “Qualifying Recognised Overseas Pension Scheme” (QROPS). This means the fund meets certain rules with regard to when and how you can take your pension.

If you transfer to a scheme which is not recognised, your retirement savings are likely to be hit with a 40% tax charge by the UK government. 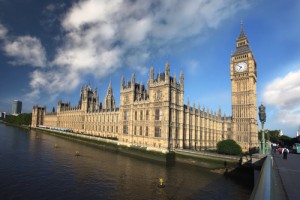 Until April 2015, QROPS pensions had significant advantages over UK-based schemes. They could be accessed earlier in many cases, while the restrictions on how to use the pension – for example whether individuals had to buy an annuity – were less strict. Tax rates on withdrawals were often lower, and it was also possible to pass pensions on to heirs without incurring an inheritance tax charge.

But changes that have increased the flexibility of the pension system in Britain mean that many of these advantages no longer exist. Depending on the scheme, UK pensions may now in fact have more favourable tax status, for example, than QROPS funds – although ministers are thought to be planning to introduce legislation that will result in QROPS schemes being subject to the same rules as UK-based pensions.

However, there are still some significant advantages to using a QROPS if you are an expat.

When you make a transfer overseas, your pension scheme administrator will calculate how much of your lifetime allowance you have used up based on your age.
This allowance, which is currently £1.25 million and will be cut to £1 million in April 2016, is the total amount of money you are allowed to hold in a pension over the course of your lifetime without triggering an extra tax charge.

If you have exceeded your allowance on a pro-rata basis at the time you make your transfer, you will face a tax bill on the excess. At present, though, lifetime allowance rules do not apply to QROPS schemes post-transfer so you may be able to build up your fund past the £1.25 million limit after your pension has been moved abroad.

Holding your pension overseas can have further benefits. It could be a way of consolidating a number of UK pensions, making them easier and potentially cheaper to manage.

It can also reduce currency risk – by holding your pension in the currency of the country where you are resident, the value of your retirement savings or pension income will no longer be dependent on the strength of sterling.

The UK government publishes a list of Recognised Overseas Pension Schemes, but it is down to you to determine that the pension meets all of the relevant qualifying criteria before you make the transfer. This is where a good adviser who specialises in this area can add real value.

Given the ongoing changes in the UK pension system and in the way HMRC recognises QROPS schemes, it is essential to seek expert advice before making a transfer.